It’s that time of month again. I mean that time when another one of my character designs steps onto the stage. This is Hermez, the second character under my new Modern Gawdz™ line. 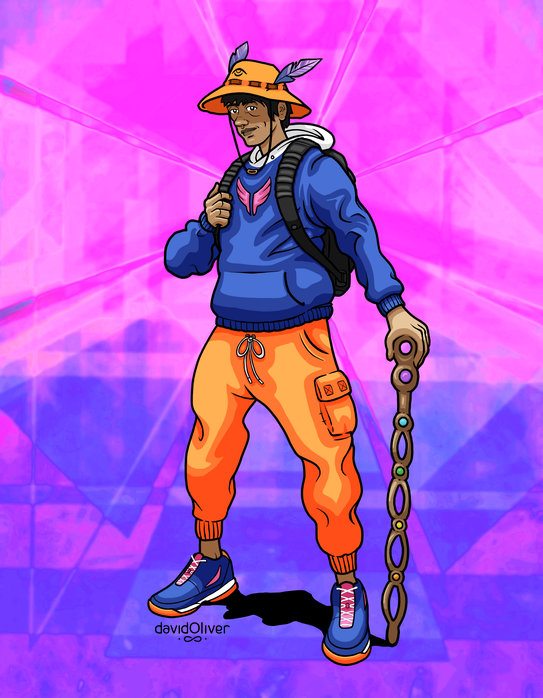 Like all of the Modern Gawdz, Hermez is loosely inspired by one of the gods of Greek Mythology. As you’ve likely already figured out, the inspiration for Hermez is Hermes. But, again, I’ve employed a fairly loose and open-ended type of inspiration.

Actually, just about all of the Greek gods have more complex histories and lore than you might imagine. In many cases, if you were to try to combine all of the disparate traditional stories, symbols, and characteristics of one of the Greek gods into a single, all-encompassing amalgam, it would get pretty complicated and confusing.

So I liberally pick and choose and just have fun with it!

Only time can unveil the developing saga of the Modern Gawdz. 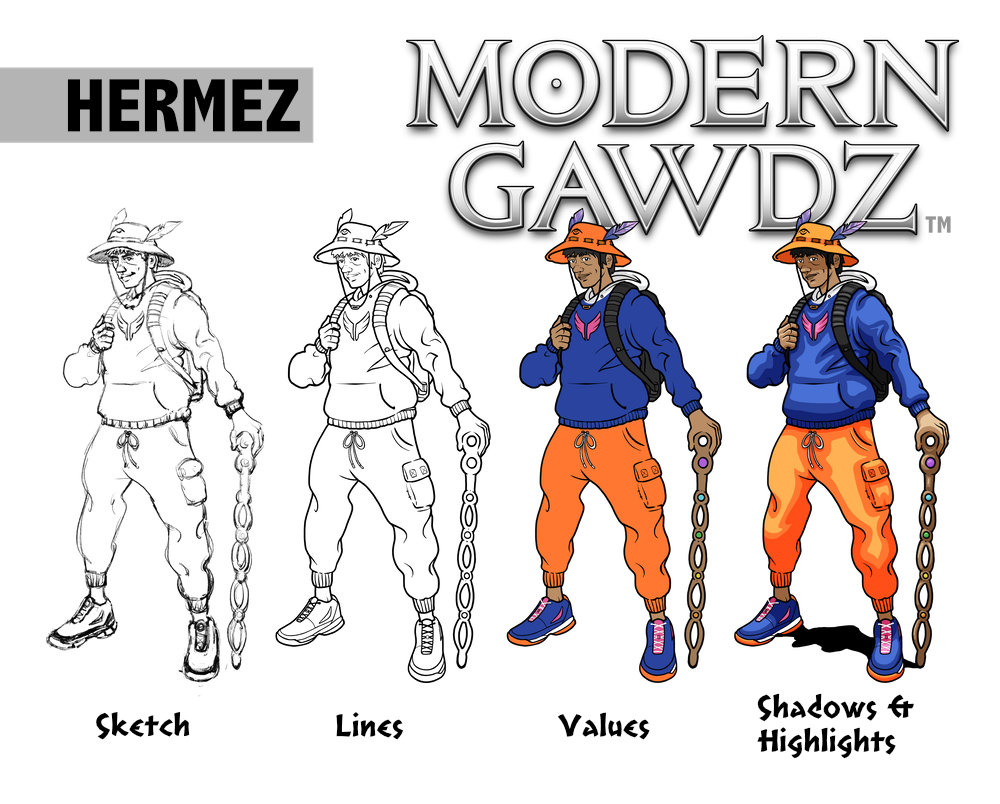 Time, and KVN ELVN FOOTWEAR. That’s right, sneakers. My collaborator, KVN ELVN (Read, Kevin Eleven) just dropped the HERMEZ-TWO-ELVN sneakers as the second release of 2019. The HERMEZ-TWO-ELVNs are only available via preorder on kvnelvn.com at present but the first shipments of the AREZ-ONE-ELVN are expected to arrive in New York any day now. Good things come to those who wait!

Jump on over to kvnelvn.com for the HERMEZ-TWO-ELVNs and the rest of the Modern Gawdz collection. 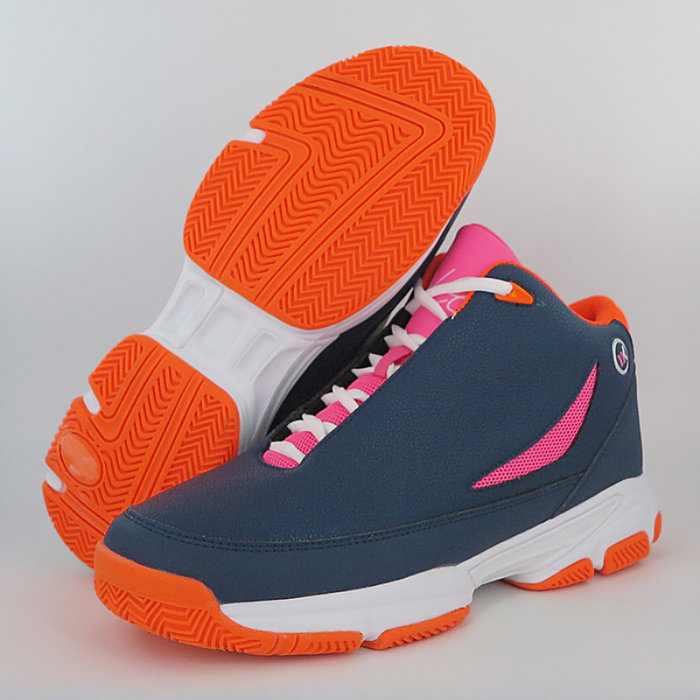 In other news I made it to ECCC this year. The Emerald City Comic Con was big, noisy, and crowded. But my, was there ART. So much art that you couldn’t even see it all in one day. Comic cons have developed into very interesting conglomerates over the years. Although comics are still primary, there are many other related and unrelated artists and exhibitors.

Anyway, this year I was mainly treating my day at ECCC as a reconnaissance mission. I’ve been thinking of setting up my own table or booth at some local art shows as a way to sell some art and interact with the community more directly. I talked to quite a few artists and got some great information, ideas, and suggestions.