Karma and the Power of Love 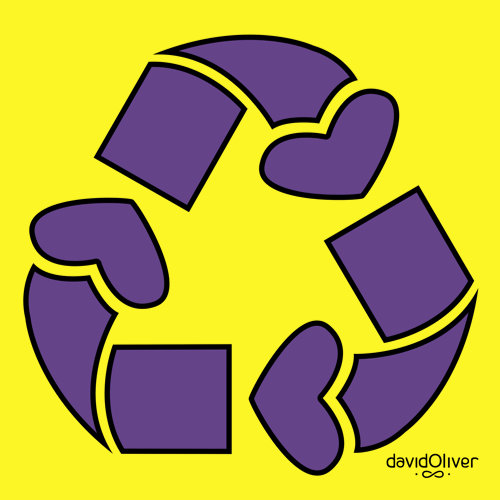 Most everybody has heard of the golden rule. “Do unto others as you would have them do unto you.” This may sound like a nice idea but why should we treat others like we want to be treated?

The reason is two-fold, according to my understanding.

Firstly, the law of karma. Karma is a sort of cosmic justice. It’s a like reaction that follows a particular action. Actions can be external, such as walking to the park, or internal, such as thinking a particular thought. Regardless of the type of action, however, all action produces its appropriate result.

Instant karma is the most obvious demonstration of the law of karma. For example, if I put my hand in fire I immediately get burned. There is virtually no delay between the action and the reaction. The causal chain is instant and obvious.

The difficulty comes as we try to perceive the law of karma pertaining to an action that doesn’t produce immediate results. One could very well call this, “delayed karma.” If I start smoking cigarettes at a young age it will be many years before cancer develops as a result of the life-long habit. Here also, karma is at work, but the result isn’t apparent until much time has elapsed. Some people deny the existence of the law of karma because of the apparent disconnect between action and reaction in cases of delayed karma.

“What goes around comes around.” This is the idea. I’m not trying to prove it, necessarily. I’m just presenting my understanding of the concept. Proof is available enough for those who would carefully observe their own behavior and the reactions that follow.

If the law of karma is true, then, in the way I’ve described it, we have very good reason to act in ways that are lovingly, kind, forgiving, etc. These are naturally the types of behavior most people would be happy to receive from others. So we must act that way towards others if we hope to receive similar behavior from others.

The second reason we should do unto others as we would have them do unto us is that everyone is essentially connected and unified on the deepest level. I briefly talked about this in my blog post entitled Can Love be Truly Selfless?

In a nutshell, Divinity, the most fundamental essence of our being, is equally present in all things. It pervades matter and energy, the animate and inanimate, the sentient and insentient. It is this Divine essence that unifies all life and is also the source and rationale for the law of karma. The Varieties of Religious Experience by William James is a wonderful book that presents a great diversity of individual experiences of this essential Divine unity.

I hope I’ve been able to provoke thought on the topic of karma and the power of love. But it’s not just about loving others so that we will receive love in return. Performing actions that are loving and selfless are actually most fulfilling on a purely visceral level. They just feel good!

For many, this visceral type of fulfillment is all the motivation they need to act in loving ways toward others. For such people, the philosophy and rationale are either of secondary importance or simply not important at all.

As a means to encourage loving thoughts and actions I created a design that suggests both the existence of karma and the supremacy of love. At first I had the idea of creating a stamp that I could use on envelopes containing some sort of gift that I could give to others. I hoped that by giving such a gift I might inspire the recipient to give a similar gift to someone else.

I started out with a few simple sketches based off of the common recycle symbol. However, instead of arrows pointing in a single direction around a triangle, I used hearts. I suspected that most people would fairly easily draw the connection between recycling consumer goods and recycling love. 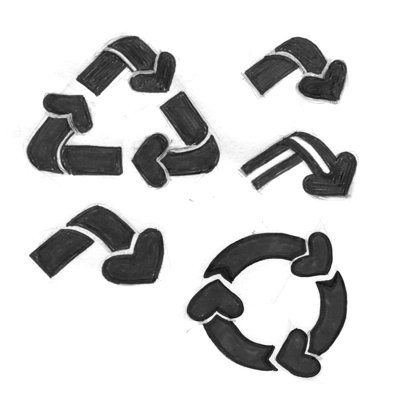 After I settled on the basic design I refined it in Adobe Illustrator. From there I was able to export a file that could be used to create a stamp. I had the stamp made and was somewhat pleased with it, but, as stamps tend to be, it often created patchy spots or too much ink in some areas. 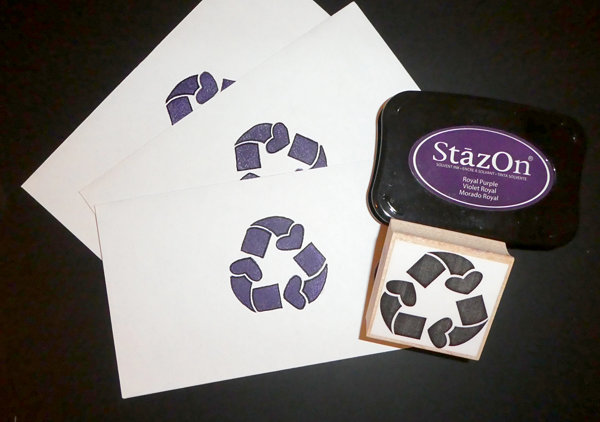 I went ahead and created a batch of these stamped envelopes and touched them up with ink pen and colored pencil. The personal touch was nice but it ended up being too time-consuming.

Out of desperation I broke down and shelled out a small bundle of money to have my envelopes professionally printed by Costco’s business printing services. They did a pretty nice job and had extremely competitive pricing so I can’t complain. 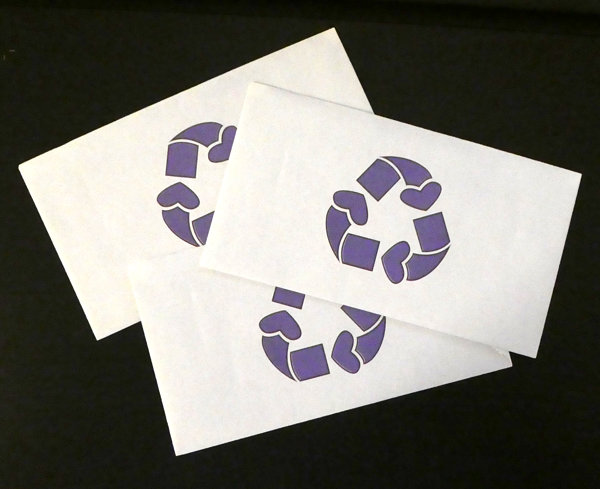 More recently, however, I decided to venture into the world of custom t-shirt design and printing. I added my Love Cycle design to t-shirts, sweatshirts, hoodies, and more. Although my shirt designs were only released a couple of days ago, I’m hopeful that my idea will spread and inspire people to consider the law of karma and embrace a more loving lifestyle. To me, love is the highest ideal and the best way to live is in and through love. If this line of thinking appeals to you and you like my design you can find my shirts at my Neatoshop store by clicking here. 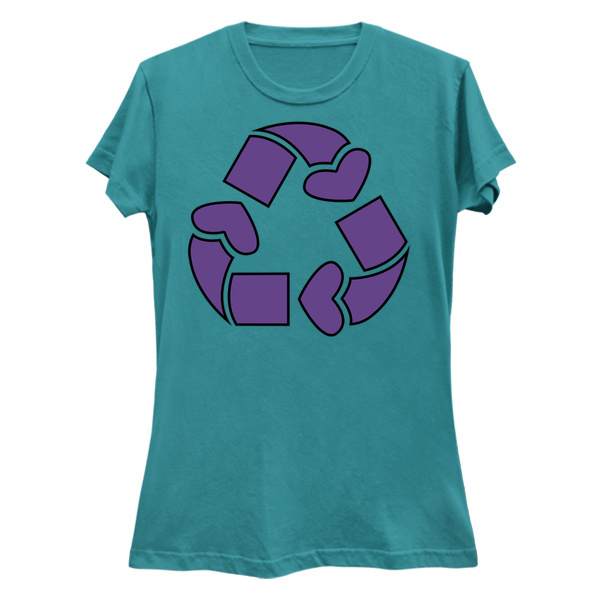 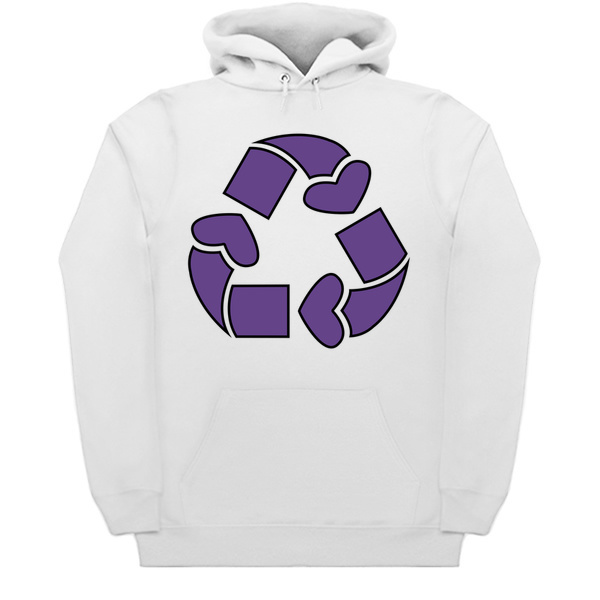 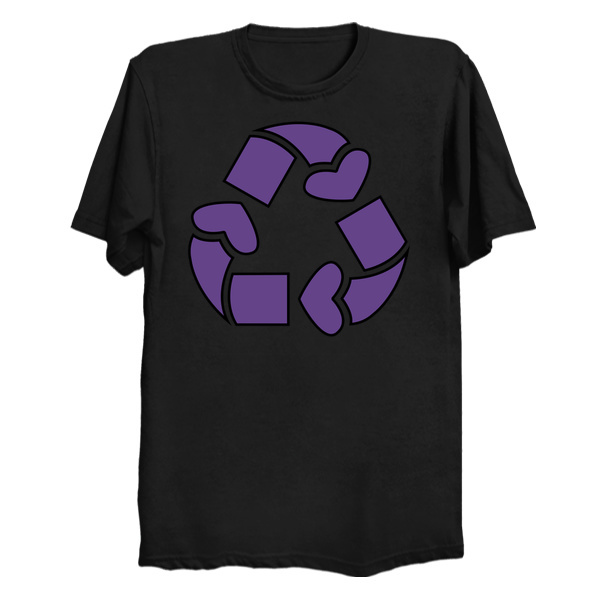 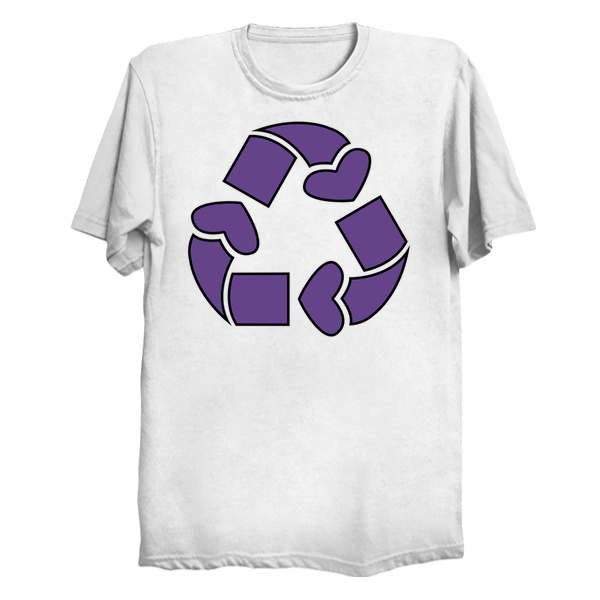 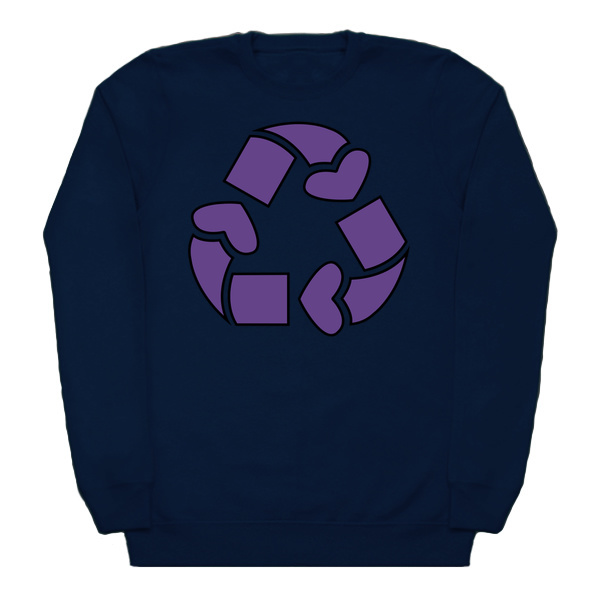 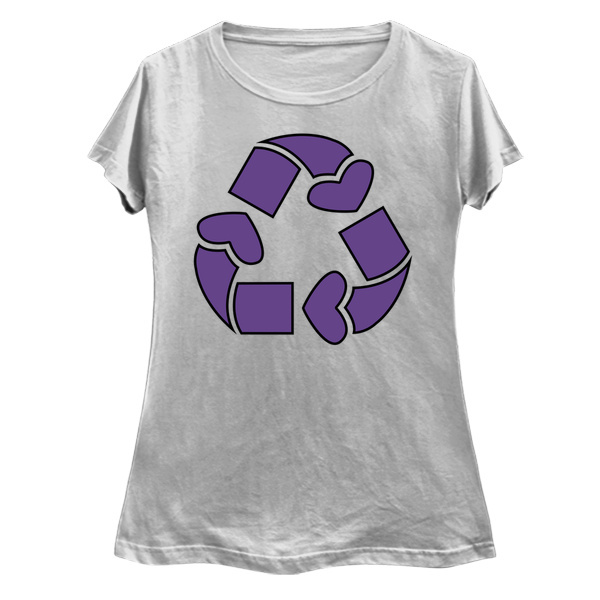